There’s been an article circulating online that a few of my friends have tagged me in, mostly because it’s something I’d relate to.

Feminista Jones, an authour and social worker, encouraged women to agree with a man when they complimented her. The results weren’t terribly surprising. Anyone who is familiar with my online dating trolling on my personal Facebook page knows all about what happens when you say “no thank you” or agree with a compliment. I thought maybe I was just a bitch, but no, apparently this is a thing. 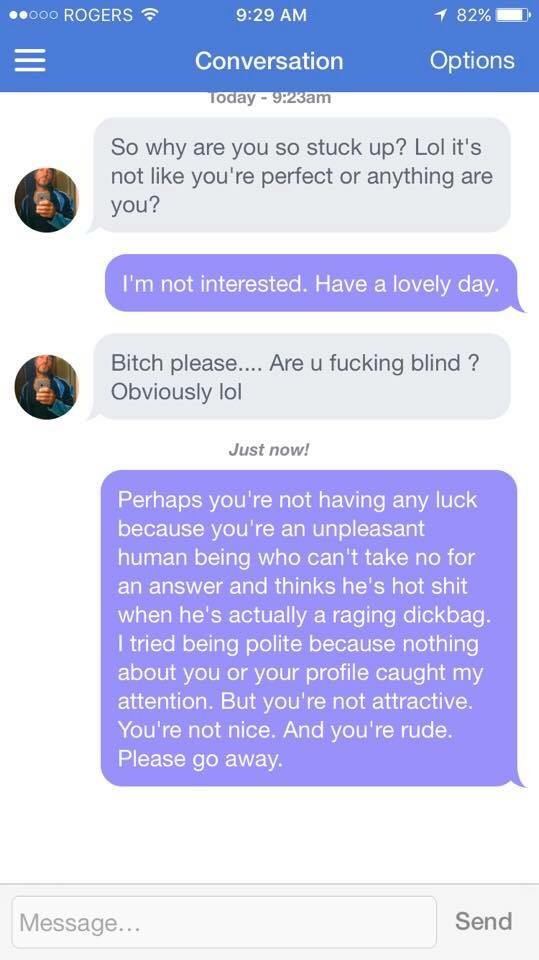 I’ve seen this in my previous long term relationships, and even the workforce. Weak men do not like it when women are confident. My ex husband once made his own Facebook fan page with photo albums of “his” cover stories. They were all written by me. His answer was that he was the reason I was a good writer, so they were kind of his. Before I started at my new job, a male colleague at my old job told me not to get a big head when my performance was commended, it was a team effort and don’t think you’re so perfect. Agreeing with a compliment makes you a vain bitch. We’re taught that a woman only has worth if a man sees it, and that is bullshit. 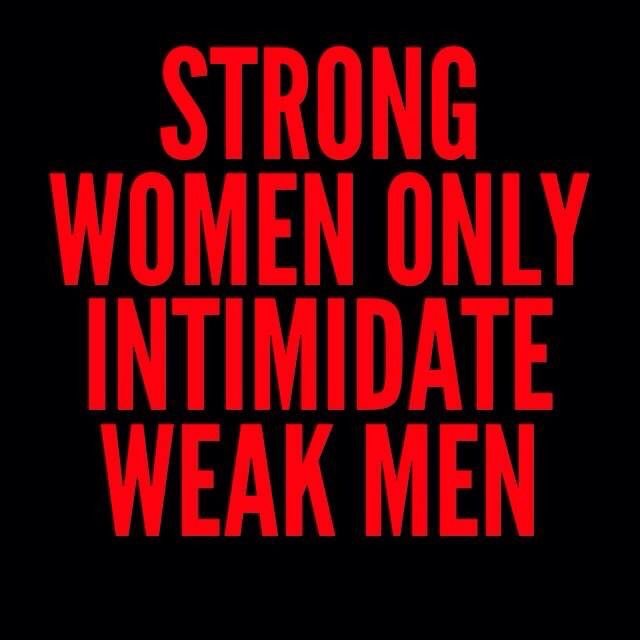 I read a lot of comments from men about why women should just say thank you, be humble, stop being full of themselves. But why is it that when a woman thinks she is smart and pretty and worthy of love an attention, she’s suddenly unworthy of attention. This trope is common in pop culture. Look at One Direction. The girl is only beautiful BECAUSE SHE HAS NO IDEA THAT SHE IS BEAUTIFUL. Had she known, then Zayn wouldn’t have found her so attractive (sorry Gigi). Every teen movie is the same; the pretty, popular girl is a bitch and the nerd is only pretty when a guy tells her that she is. What a great lesson girls! You’re only amazing when a boy tells you that you’re amazing! 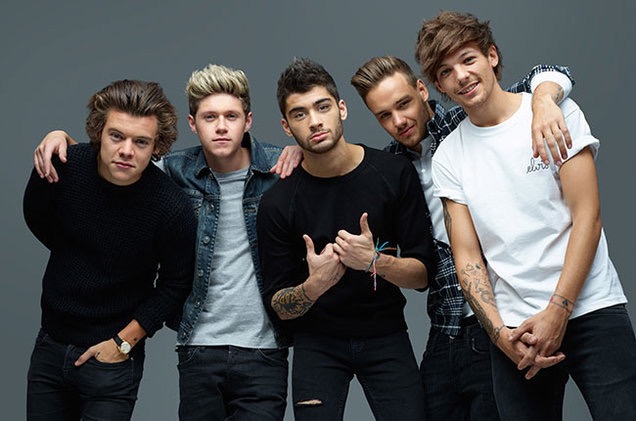 It makes me wonder why the world continuously forces the idea that women who are assertive and aware of their value are somehow bad. Why should we only feel pretty because a man tells us we’re pretty? Why should we only giggle and say thank you? Why can’t we know our own value? We wonder why girls have low self esteem, but then they’re inundated with the idea that confidence = lack of humility and women are only desirable when they’re innocent and unaware of who they really are until their prince comes to sweep them off of their feet. Why do we need that? To me, that feels like we’re encouraging low self esteem and breeding controlling and abusive relationships. That’s how we end up being told “without me, you’re nothing,” and we believe it. Why? Because we’re taught that feeling good about who you are makes you vain and conceited and no one wants that. Be the quiet, meek, girl who doesn’t know she’s gorgeous. That’s how you end up with Freddie Prinze Jr. instead of all alone. 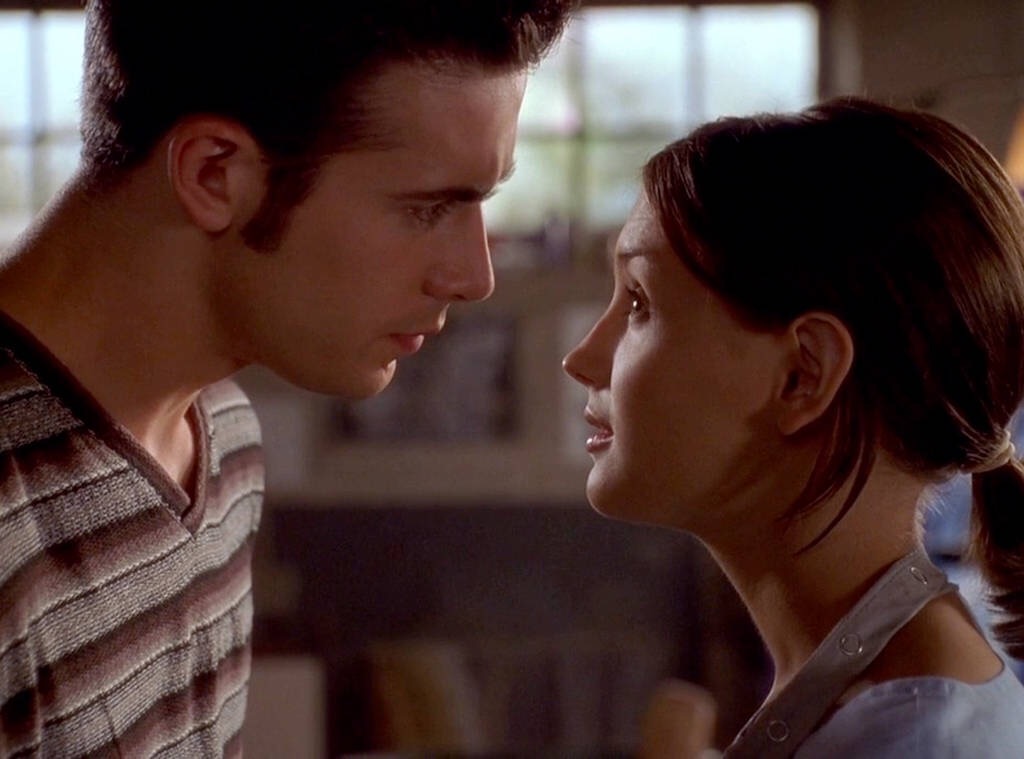 We need to start telling ourselves that we’re beautiful and stop waiting for Freddie Prinze jr. or an online creeper to tell us that we’re pretty. Like Ms. Jones said, agree with compliments. It’s a good way to weed out the men from the weak minded jerks. The one who respects your confidence is the one who will elevate you to be the best version of you, by supporting you, not trying to reshape you into some stepford simpleton who giggles and falls at their feet because they said you’re pretty.

I know I’m pretty. I’m really smart too. I’m good at my job. I’m pretty okay at crossfit and my running times improve. I can carry a tune pretty well and my hair is super cute. I don’t need anyone to tell me these things and you don’t need anyone to tell you either, because despite what Harry Styles says, you DO know you’re beautiful & that’s what makes you beautiful. 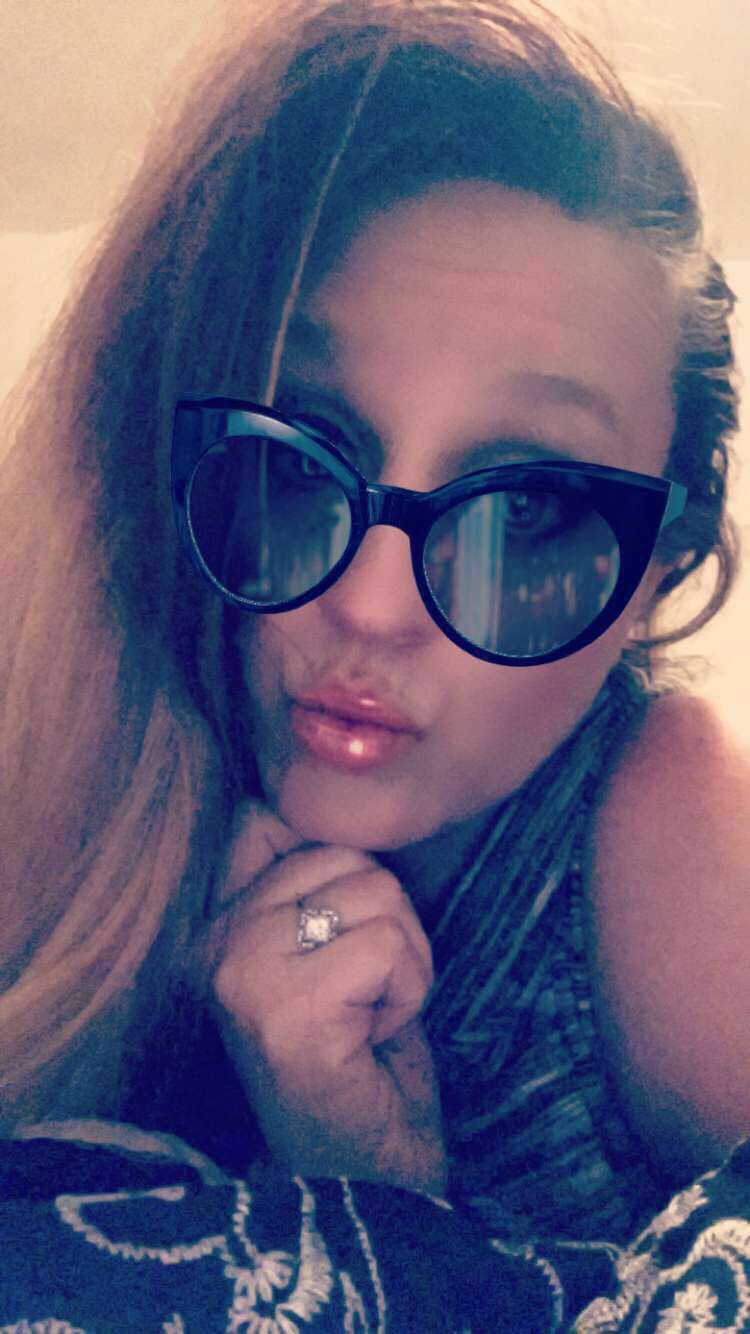