For those of you who are new to my world, let me catch you up to speed; I am absolutely terrified of geese. Every once in awhile, I try to pretend that the geese aren’t scary af, but in the end, I always go right back to remembering that geese are the minions of Satan, and are probably out to get me. 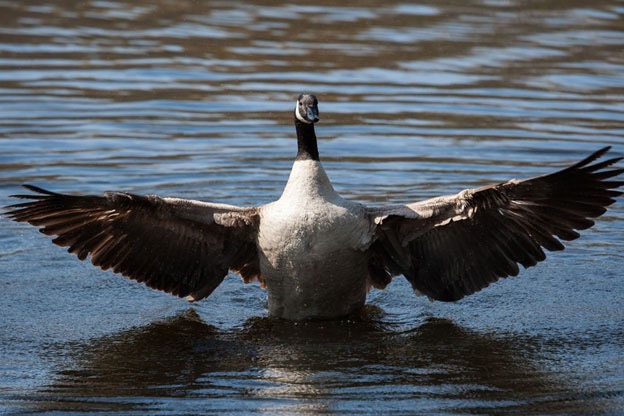 Anywho, I often see these dark creatures of evil while I’m running and I normally turn around and run home. Why? Because I don’t want to die. Duh. But yesterday, I was feeling pretty buoyed by the Oilers big win and wanted to get my 5K in. So, I’m running and feeling all good about myself when up ahead I see…that’s right, the feathered horror itself; Mr. Goose. But, as fate would have it, my playlist switched to the greatest icon of my generation; Britney Spears. 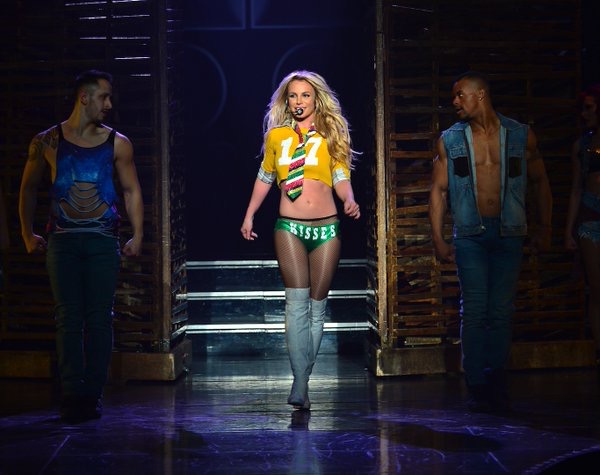 If you’ve lived under a rock, let me bring up to speed: Britney Spears is an icon. Anyone you consider an icon that isn’t Britney means that you are wrong. Deep down, everyone likes Britney Spears. You know that you secretly mouth the lyrics to Baby One More Time when you’re alone. It’s okay. But I digress. So, I’m running, and Britney’s Stronger comes on. Again, I don’t care who you are, if Britney Spears’s Stronger comes on, and you don’t feel like a bad bitch, then who are you really. Suddenly, I’m an invincible goddess, much like Britney. If she can survive 2007, I can survive a damn goose! So I jog right past that feathery fucker and keep on going. I can run 5K. Why? Because I slay. Queen Britney has empowered me.

I’ve always said that music can change your mood. That’s why my running playlist is mostly hard rock, Britney Spears, and also Brie Bella’s entrance music (which is also my ring tone, because it’s the best thing ever).

Stuff like this keeps me pumped up. Unlike Crossfit, where I have coaches and teammates to keep me motivated; I have only myself. Sometimes, I want to just give up early. I’m tired. I’m not feeling it. My hips are sore. Whatever. But I can’t do that or I’ll never progress or get triathlon ready. So, I use music that will elevate my spirits and keep me energized to finish my run, just like I choose music during my day to pick me up. Back to the story, I was doing so well. I was making great time, I had Britney Spears and Brie Mode, I was the fittest person ever. I was fearless guys, FEARLESS. I was almost positive that no goose would scare me off from my run…


Okay, so maybe I wasn’t invincible. But part of life means putting on your big people pants and putting up with stuff we don’t like. For me, it’s geese. Eventually, I’ll get to the point where they aren’t terrifying…or I’ll use my fear to run faster. Maybe.