Guess what guys? I’m gonna do a thing!

My gym decided we should build a team to run a 10k together. I am not a good runner, despite running for four years. I am slow and awkward. But, my attempt to join the Festivus Games was such a flop, and I’ve been looking for a new goal to work towards. This seemed as good as anything, so I’ve set a goal in Runkeeper and we are gonna do the damn thing…

…I am going to die. Please help me.

I joke, but I’m actually really excited. Before I made the big move, my daughter, some friends & I did a 5k mud run and we had a blast! Training was fun and we felt so empowered afterwards. We were strong. We kicked ass! But more importantly, it was fun to be a part of something. We went out there together and accomplished something together. We’ll have those memories forever. 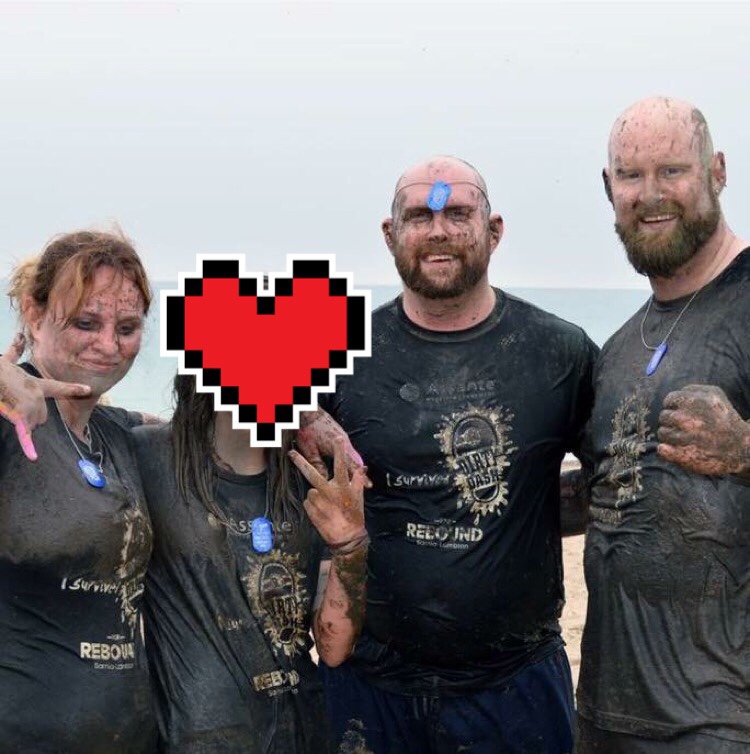 I think that’s why I like Crossfit & my gym community so much. You are part of something. Yes, you’re focused on your personal best, but you’re also part of a community of people who are elevating each other to do their very best…or enter a 10k run for funsies. But you celebrate everyone’s accomplishments. You cheer each other on. You are part of something meaningful. We all want to belong to something. The lesson is to find a place of belonging that is positive and encouraging, not one that sucks the life out of you.

I was excited at the idea of being part of something. Part of a team that’s doing a cool thing. And let’s be real, aside from encountering some asshole geese or a shin splint, is there really a negative downside to participating in a 10K run? You get a tshirt, you get to feel accomplished, and it’ll help me get those legs ready to rock a dress for my friend Brie’s wedding later in the summer! Not to mention, I bought all of that Birdiebee gear, including the cute shorts. I think I found a place where I can wear them for the first time! When you’re surrounded by positive people, you’re inspired to do positive things and set positive goals. The trick is to do your best to be positive yourself and be the change you wish to see in the world. My girls are watching me, so I need to show them what healthy, active and happy is. I think it’s working, as my oldest has embraced athletics through cheer and now Crossfit (she’s skipping the run. Waking up early isn’t her thing).