A couple of years ago, I was starting a new job, which was kind of an old job. I was going back to a company I loved & I was gonna kill it. I was going to do a great job. I was going to be the best cell phone boss lady in the whole world. Except that I wasn’t, and I was actually demoted after four months. So, I cried in my bathtub with a bottle of wine, wallowed in self pity for an hour, then resolved to get better. I did, got promoted again a year later and now I’m running my store much better than I did before. Sometimes the best lessons come from failure. I wasn’t prepared for the job and I wasn’t very good. It’s a blow to the ego, but sometimes you’ve just gotta take the L and learn from it.

This was the lesson I had to remind myself of this week when every single thing went wrong in my life. I struggled with EVERYTHING, including my road test to upgrade my license. I was feeling discouraged and miserable, like I let everyone down. I injured my foot, so walking was a chore. My feelings of sadness and inadequacy were impacting my work, my life. Fortunately, my best friend Erica is the most bomb ass bitch alive and reminded me that we grow from failure. No one grows as a human from kicking ass all of the time. No, we grow when things suck. 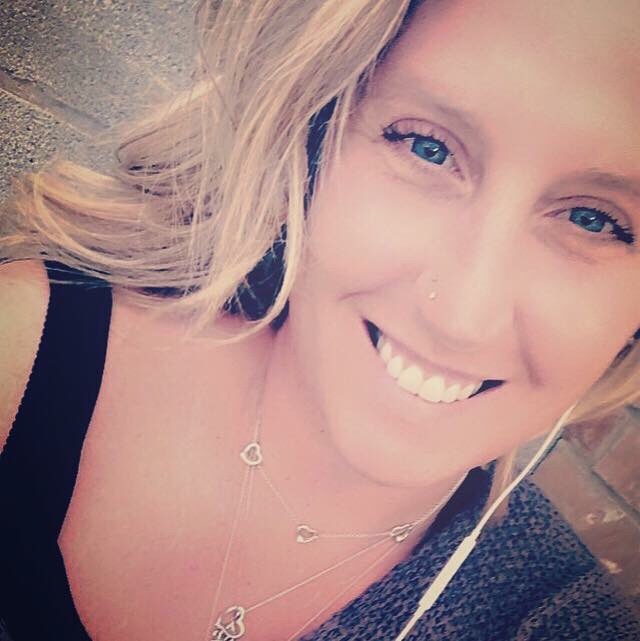 Also, how hot is my best friend? Like, it’s not fair to the rest of us.

I think the universe recognizes that I need to constantly be growing, which is why it kicks me in the face sometimes. We all need that moment where life tells us that we ain’t shit. Otherwise we’d simply float through our lives as stagnant humans. I don’t want to be stagnant. So, I needed that smack with the reality stick to help me stay humble and refocus. That momentary setback will help me become better.

I know it sounds weird, welcoming setbacks? That’s so stupid! They suck! This is true. They do. Trust me, it was soul crushing! My ego was bruised, my self confidence was shattered. But if you wallow in that feeling of defeat, you don’t grow. I wasn’t going to get better sitting around moping. All of the best decisions I’ve made for my life came from being kicked in the proverbial dick. I went back to school after my divorce & met some of my best friends. I moved to London after I let depression get the best of me, and finally found my independence. I moved to YEG after Target closed & I decided to put my writing career first. I learned to drive when my personal life fell apart and I realized my failure to learn was holding me back. I became good at my job after I was told I was bad at my job. All of these setbacks this week are just stepping stones to get better, whether it’s driving, managing, reporting, or fitness. By embracing failure, I can become more successful.

You’re probably thinking “sure MHC, it’s easy for you to say that failure can be positive, but I’m depressed & failure is all that’s happened to me. What then?” Well, I’m not a therapist or professional, but my hippie friend once told me that a mistake will repeat itself until you learn what the universe wants you to learn. Maybe your life is a series of fuck ups because you didn’t learn what you needed to do to evolve, so you have to take the test again. I wouldn’t assume I’m right, but I do know that, in my life, setbacks have gotten me to brilliant destinations. So, I choose to be the eternal optimist and see the good in the worst sorts of things (including Mr. Emotionally Unavailable…call me 😉).

So, I’ll keep on plugging away and keep on trying to get better at every part of my life. Sometimes it’ll all work out. Sometimes it won’t. But the important thing is that I’ll learn how to become a better person along the way. Sometimes things just have to knock you down, not just to test your strength to get back up. Sometimes you need it to remind yourself to be humble and grateful of the opportunities you’ve been given, so that you’re ready to take on more.