It’s time for another round of “Things that Really Grind my Gears.”

Today’s topic; why people who hack phones and steal photos are disgusting people. Also, if you look at them, you’re fucking gross too.

This week, a round of personal and private photos and videos made by WWE superstar Paige hit the internet. These were four years old. She was 19. But most importantly, they were hers. I will not link those photos. They are none of my business. I haven’t looked at them. Why? They’re none of my business. I had the privilege of meeting Paige a few years ago outside of a WWE live event. She was sweet and lovely to my 10 year old daughter. She told her they were best friends and gave her a hug. My daughter has never forgotten that day and tells me all of the time that she can’t wait for her best friend Paige to feel better and get back into the ring to win championships. Maybe it’s because I met her and saw a sweet young woman who adored her little fans that this whole thing upsets me more than usual. I don’t know her, but I caught a glimpse of Saraya Jade Bevis (Paige’s real name) that day and she was the sweetest and most authentic human being. She didn’t deserve this. No human being deserves to be violated and humiliated like this. I hope she has the support of family and friends and her fiancé & that the legal action she is pursuing protects her.

Then came the memes. People sending the photos to Paige’s mom, Saraya Knight, her fiancé, & the wife of one of the men in the video. Then jokes were made. After all, this is just so funny, right? It’s not funny. It’s awful. If you follow me on social media and share this garbage, please unfollow. There is nothing funny about kicking someone while they’re down.

The next day, WWE Superstar Summer Rae was threatened with badly photoshopped “leaks,” which forced her to respond. Apparently it wasn’t bad enough to humiliate one person; we needed to invent pretend photos to feel powerful and tear down a woman. 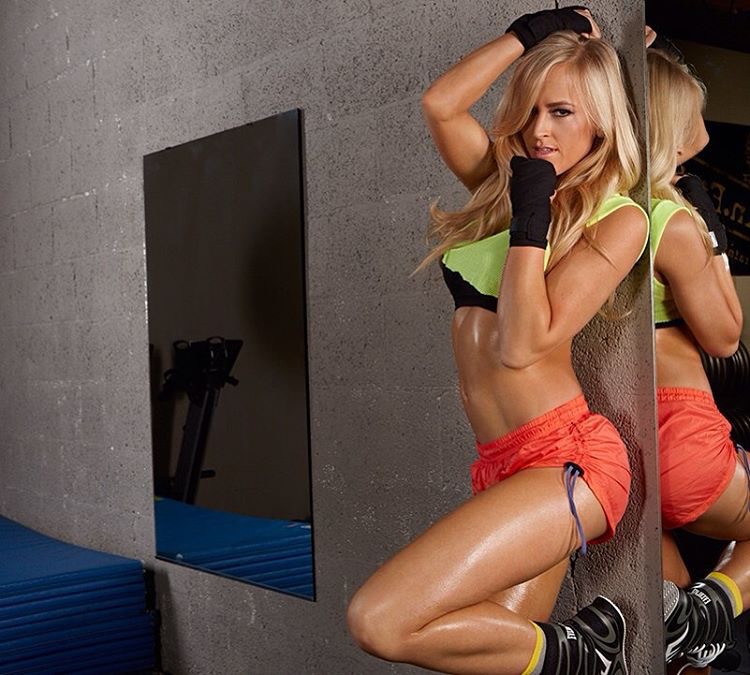 The women and men involved in these, real or doctored, are victims of a crime. They’ve been humiliated (or someone has tried to humiliate them). To the person who does this, you are fucking disgusting. If you are distributing them, you are just as bad as the people who stole them.

Fun fact; I work with cell phones. I sell them for a living. I troubleshoot them when they get messed up. I see your search history and your photos. Glass houses friends. I see a lot of people claiming that they should know better, they shouldn’t take these photos. That this is what you get. Wait. What? Nope. That’s not how it works. That’s like me saying that if you bought a house and then got robbed, that you should have known better than to buy nice stuff. You did not have permission to see Paige naked. You didn’t have permission to see Summer Rae naked. Doctoring photos to pretend you saw Summer Rae naked is the equivalent of lying in high school about sleeping with a girl that said no. Every time you view these personal photos, or in the case of Summer Rae, pretend photos, you are just as bad as those who stole them. You are actively participating in the degredation of a human being in the attempt to humiliate them. When you post memes or jokes about the situation, you are basically saying that you’re cool with a gross invasion of someone’s privacy, or lying about another human being for your amusement. It’s wrong & gross. I’m pretty sure if the contents of your phone were dumped online, or those personal things you’ve sent your partner, you wouldn’t like it. So why would you be okay with it because it’s a celebrity? They’re humans, not trained zoo animals who owe you their dignity.

When I go off on my soapbox about this (like I did a few years ago when this happened to Jennifer Lawrence), creeps always tell me that if a male celebrity’s nudes leaked, I’d be all over it. Well, you would be wrong. When WWE Superstar (& my celebrity crush) Seth Rollins’s private photos hit the internet, I made it a point not to look at them. Why? Because Seth Rollins didn’t want me to see him naked. Those photos were for his girlfriend, not me. I don’t want to participate in the degredation of a man who’s career I enjoy watching on TV. So, I refrained. It’s not that hard. It’s just called being a decent human.

So, to my fellow browsers of the internet, I implore you; don’t be a douchebag. Stop making fake nude photos to attempt to humiliate someone. Stop distributing personal and private photos to humiliate somebody. Stop making memes to make light of the fact that someone was violated and the victim of a crime. Stop sending the photos to the victim’s mom, fiancé, etc. Stop throwing stones to shame these victims while hoping no one ever checks your glass house. Just be a decent human being. It’s not even hard. Before you look, think of the most humiliating moment of your life. Now, imagine if you’d want the entire world to be a part of that.

I know it’s probably really tempting to go see a celebrity you think is attractive naked, but had they wanted you to see them naked; they’d have posed nude publicly. We need to stop acting like we own famous people and have the rights to their bodies, their privacy, their dignity, even their most personal moments. Everyone deserves dignity and control over their body. Stop taking it away from them. Don’t look; log off.