Today, I’m gonna write a piece I call “the Ballad of Bayley.” 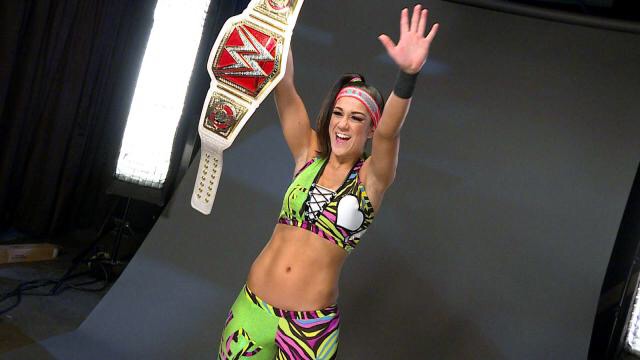 The character of Bayley is arguably the most relatable character on TV. She’s a fan that got to live her dream. My 10 and 7 year old adore Bayley and everything she stands for. They once waited in the snow for six hours, in their hugger shirts and Bayley tassels just to catch a glimpse of their TV best friend (and hugs. Their goal in life is to get a hug from Bayley). My Twitter feed is dominated by photos of them in full Bayley cosplay. Bayley’s character was dismissed as being “Just Bayley.” She wasn’t special; just ordinary. But this mantra of “Just Bayley” was so important to her fan base of little girls. My own daughter is painfully shy. She struggles to make friends and when picked on for her small size and quiet demeanour (she’d rather read and do math than play sports), she decided she was “just her,” and that was enough. After all, Bayley was just Bayley and she became a champion. Being yourself is cool! While adults complained about Bayley’s character and direction, kids got the message; Bayley is herself and that’s enough, and if you just be yourself, you are enough.

When Bayley made her way out at Wrestlemania 33, my two small girls squealed with joy, as their hero was finally living her dream. They sat in their Bayley gear and side ponytails, imitating her entrance. They cheered her on loudly from home, and big sister even joined in (after her beloved Sasha Banks got eliminated) & all three jumped up and down and cheered when Bayley retained her championship. They cried with her, their best friend won. My oldest, who wants to be a wrestler herself, said that she couldn’t wait for her moment like that, while the little two were so happy that their best friend Bayley won and when they got to school, they could talk about it with their girlfriends.

Which brings me to why I adore this character so much. It isn’t just because she’s a good role model for my girls, or she’s relatable. It’s because I feel like she’s an overlooked but key reason why so many female fans are watching WWE. Yes, you have the Bella Twins, who introduced wrestling to the mainstream, and Sasha Banks and Charlotte, who made history, but Bayley is just as important, because she’s just Bayley. 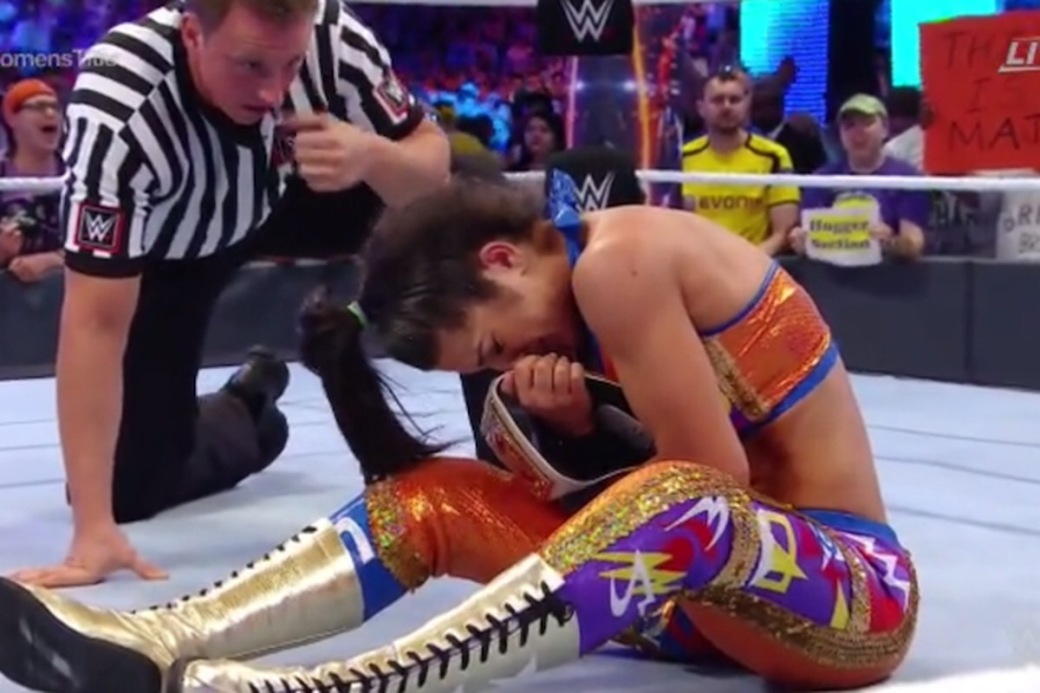 Just two years ago, my girls & I were among just a handful of women who watched WWE. This past October, we were among dozens of little girls with their side ponytails and tassels, screaming the lyrics to Bayley’s entrance song. While yes, there were other women who helped usher in a new era, the character of Bayley opened up a new world to little girls that had been previously excluded from. I remember when little MHC wanted to play wrestlers with her brother and his friends, with a Miss Elizabeth action figure in one hand and an Andre the Giant in the other and the boys laughing, saying girls can’t play. Teen MHC was mocked mercilessly for my HBK posters on my wall, while the boys said I only watched pay per views with them because I wanted them to like me. My own girls were picked on at live events by grown men because they chose Nikki Bella & AJ Lee shirts over male superstars. But the character of Bayley allowed little girls to feel included in a world they were originally banned from. The world of NXT, originally for die hard fans, became the world of Bayley. Each week Bayley brought her brightly coloured world to the ring, another little girl realized they belonged too.  Bayley allowed little girls to feel like they belonged, and she did it by being just Bayley.

Representation matters. You can preach equality all you want, but unless you can see it, it’s not there. There are a great many women who helped pave the way for female fans to find role models, but for little girls, it took a best friend to give them a hug and tell them that they belonged anywhere they wanted to be and they deserved it by just being themselves. I sometimes think that we as adults get so caught up in our perception of promo quality or what we think that we miss the lesson; that it’s okay to just be you. Because of that, I think we don’t realize just how important or powerful a character like Bayley truly is. No gimmick, no catchphrase. She’s just like us and that’s just enough.