“What man fears, he destroys…”

David Draiman of Disturbed/Device quoted this on Twitter & it’s so true.

When settlers first came to North America, they feared the Native people, so they attempted to destroy their way of life to “help them.” We still fear change, only now we expect immigrants to learn “our” way of life, not the Native one or keep their own. Sometimes, as my good friend over at the Gleason Table says, “Our Premier destroys the province because he fears decent government!”

Man fears beast, so every generation vilifies a new breed of dog. First it was the German Shepard, then Doberman Pinchers, then Rottweilers, now the Pitbull. We have wiped out so many species because we feared interactions with them (well, not the dodo. We eliminated them because they didn’t fear humans).

We fear our own futures, so we systematically destroy them in the hopes that we can just stay where we are. We sabotage jobs, relationships, education because when that step is done, then the next step has to happen & WTF do we do then?! So, we become human hurricanes, tearing everything apart around us. We run from a problem instead of fight for what we want because what we want is scary. We quit our job & go to the next one because we’re afraid to take that step to move ahead. We blame everyone else for the mess we’re in because its easier. S/he made a mistake, so I bolted. My workplace was run by idiots, that’s why I don’t get ahead. The breed is viscous, that’s why it bit that kid, not because I didn’t train it. We never look at the fact that we took a hurricane to our life & destroyed everything good because we were afraid.

However, the interesting thing about the walls we build up to keep things out is that once we’ve let something in, those walls we build up keep that thing in as well. So, while our hurricane tears everything apart, what we’ve allowed to sneak in stands tall, with storm windows up, enduring it all. Maybe it’s the friend who is always there for you, the partner who puts up with your crap, knows exactly who you are & loves you, flaws & all, the job we love, or our own desire to hold onto something because deep down we know we need it, what we’ve let in isn’t easily destroyed.

We need to question why we as humans would rather tear apart what makes us afraid instead of working through it. Why dismiss cultures we don’t understand, breeds we don’t get or tear apart everything instead of just admit we are afraid? Sometimes the bravest act is the admission of fear. Sometimes we have to clean up the boardwalk after the hurricane rips through to see the damage wasn’t so bad & you can finally stop being so afraid of the next breath, the next step. 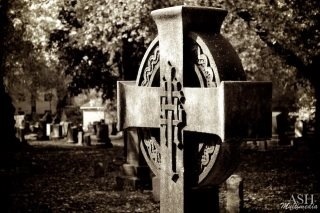